Times of Israel: Israel is the go-to place for nanotech research

Home / Times of Israel: Israel is the go-to place for nanotech research 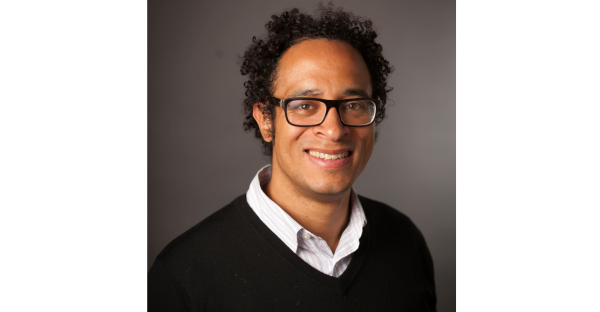 Onee day soon, a start-up somewhere – possibly in Israel – will come up with a system to manufacture precisely-formed nanoparticles that, when joined with other particles, will change the way electronics, clothing, computers and almost everything else can be used.

One day, but not yet, according to Richard Robinson, a visiting scholar at Hebrew University’s Institute of Chemistry. Based at Cornell University, Robinson is in Israel to do research in the area of nanotechnology, where scientists manipulate very tiny atomic particles to create surprising and unique effects that are far different than anything observed in physics until now.

“We know a lot about the principles of nanotechnology now, but there is still a lot to do at the research stage, which is one reason why nanotech hasn’t yet made its presence known to a large extent in the greater society,” Robinson told The Times of Israel. “Nevertheless nanotechnology is already having a major impact in certain applications, like lighting.”

In fact, one of the first commercially successful nano-based products to emerge came from the very Hebrew University lab where Robinson is doing research. Using unique quantum materials, Qlight developed semiconductor nanocrystals that can emit and provide extra brilliance to light, such as enhancing the color of display screens.

Last year the company was acquired by Merck, the German chemical and technology company. Qlight’s technology, said Merck CEO Karl-Ludwig Kley, is “far superior to anything currently on the market, and that will help us retain and expand our position as market leader.”

There will likely be many more such announcements and pronouncements in the future, and many of them are set to be based on technology developed in Israel, said Robinson. “Israel is ahead of the curve on nanotechnology research,” said Robinson.

And there’s plenty more research that needs to be done. “Over the past 20 years or so we have essentially been rewriting the textbooks on physics, because the laws that apply to ‘normal’ particles do not apply to nano-sized particles,” he added.

At home in Cornell, Robinson does a lot of work in materials, controlling their size, shape, composition and surfaces, and assembling the resulting building blocks into functional architectures. Among the applications Robinson’s lab is targeting are new materials for printable electronics and electrocatalysis. His group is also pioneering a new method to probe phonon transport in nanostructures.

On practical example of how nanotech will affect energy is to allow for a much more efficient production method for solar energy. In a solar energy system, the sun’s rays hit photovaltic cells that capture the energy and convert it into direct current (DC) electricity, which is then converted to alternating current (AC), for use in home electric systems or for transfer to the grid. But it turns out that the PV cells being used don’t capture as much of the sun’s rays as they can because of fluctuations in the wavelength of the rays due to time of day or time of year; only about 25% of the rays are captured on average.

PV cells are designed to capture the sun at its strongest in midday, but they can’t capture rays at other times of the day. Using nanomaterials that respond to specific wavelengths PV technology can be much more efficient, tripling the usable “bounty” from the sun, said Robinson.

Eventually, said Robinson, nanotech will live up to the hype that has surrounded it for the past two decades.

Robinson is in Israel on a Fulbright scholarship. Established in 1946 by United States Senator J. William Fulbright, the program selects US citizens for scholarships to study, conduct research, or exercise their talents in other countries, while non-Americans chosen for the program are invited to do the same in the United States. The program provides full scholarships, fellowships, and grants (depending on the institution or context the selected candidate will be working in).

“The manufacturing process for nanoparticles is not yet precise. In order for nanotech to be fully commercialized, we need a way to produced nanoparticles on a mass basis with the right size needed for each application,” Robinson said. “We’re not there yet, but it’s on the way – and with all the nanotech research here in Israel, it may just be an Israeli start-up that develops it.”